Introduced by California State Senate President Pro Tempore, Toni Atkins (D – San Diego), SB 1 would have required federal environmental and labor laws and regulations in effect on January 19, 2017 to remain in place through January 20, 2025. SB 1 would have made the California Endangered Species Act applicable to the operations of the federal Central Valley Project, although the validity of this provision of SB 1 undoubtedly would have been challenged in court.  SB 1 would also have prevented state regulatory agencies from using the best available science to improve conditions for native fish species under the Porter‐Cologne Water Quality Control Act, the California Endangered Species Act, and other environmental laws.

Position: Westlands opposed SB 1 because of the adverse impact it would have had on efforts to develop Voluntary Agreements and the conflict it would have caused between the United States and the State of California related to operations of the Central Valley Project and State Water Project.

Status: SIGNED IN TO LAW

Position: Westlands opposed the initial draft of SB 200, but removed its opposition when the bill was amended to provide that only proceeds from the Greenhouse Gas Reduction Fund and the General Fund would be used to support the Safe and Affordable Drinking Water Fund.

Assembly Bill (AB) 658 (Arambula) allows Groundwater Sustainability Agencies (GSAs), or other local agencies, to apply to the State Water Resources Control Board for temporary permits to divert and store groundwater during high-flow events.

Status: SIGNED IN TO LAW

Position: Westlands supported the bill and worked closely with the author to ensure the new rights to store groundwater would only be exercised when there were no redirected adverse impacts to Central Valley Project operations.

Following the release of biological opinions on the effects of the long-term coordinated operations of the Central Valley Project and State Water Project, many California Congressional members, from both the Democratic and Republican delegations, issued joint statements. The links to two such statements are provided below:

At the meeting, staff will present information on the Draft Groundwater Sustainability Plan (GSP) and seek input from the Board of Directors and members of the public.

On October 30, 2019, at 1:30 p.m. the District will hold a meeting at Westlands Water District’s Five Points Field Office, 23050 W. Mt. Whitney, Five Points, CA 93624. The meeting will focus on the District’s Aquifer Storage and Recovery (ASR) program. Landowners, water users, and members of the public have an opportunity at the meeting to ask technical experts questions about ASR. For more information ASR program, please visit the District’s website or contact Kiti Campbell at 559-241-6226 or kcampbell@wwd.ca.gov.

Let’s Talk About Our Water Supply 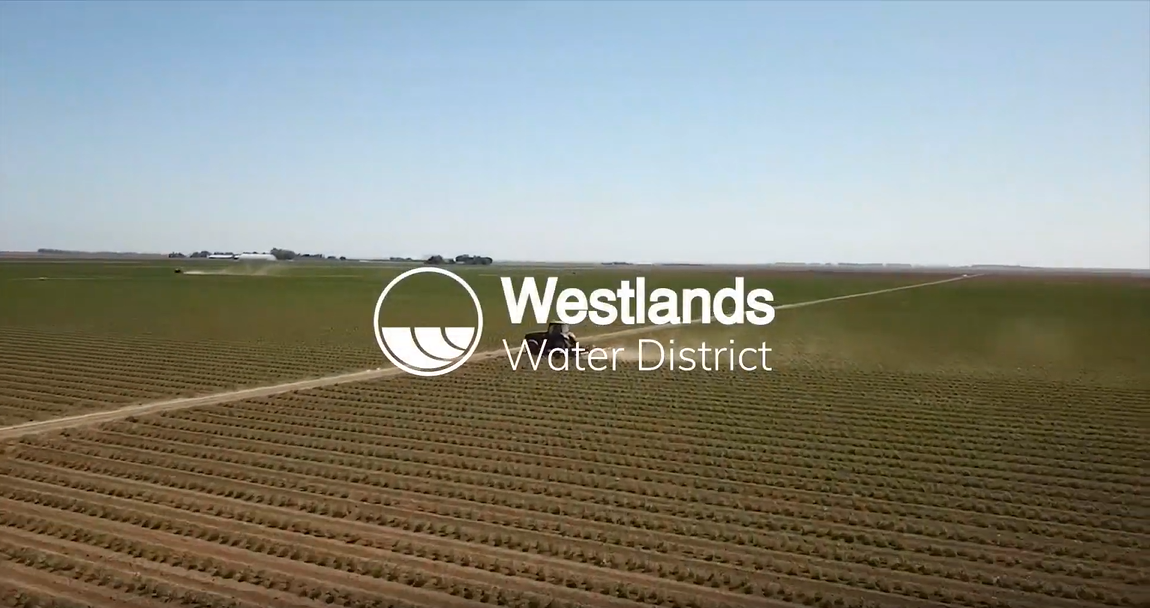 For once, a major win for San Joaquin Valley farmers when it comes to water

Article Source - Fresno Bee: The Fresno Bee Editorial Board provides their insight on the recently updated biological opinions for long-term operations of the Central Valley Project and the State Water Project.

Article Source - Outlet: Beginning in January, the Sustainable Groundwater Management Act law will require farmers to gradually rein in the amount of groundwater they can pump from their wells. The Sacramento Bee investigates the impact this may have on agricultural producers.

Article Source - The Business Journal: Fresno County agricultural commissioner, Melissa Cregan, recently announced to the Fresno County Board of Supervisors that the 2018 Crop Year total was 12% higher than 2017, beating out than the previous record year of 2014 at $7.06 billion.