A Report on California’s Water Supply

Although the beginning of the water year, which runs October 1 to September 30, was dry, the state’s hydrology has changed significantly within the last month. There is now a more promising outlook for California’s water supply. With the latest storms, the federal Drought Monitor Map shows only 3.5% of the state as “abnormally dry” and almost every state reservoir is at or above the historical average.

As of the third week in December, accumulated precipitation is trailing the long-term average for the Tulare Basin, San Joaquin Basin and Northern Sierra Station Precipitation Indices; however, snow water content for the North and Central Sierra regions are tracking near average. Because much of the water that flows through the Central Valley Project (CVP) for urban, environmental, and agricultural uses originates in the form of snowpack in the North and Central Sierra, it is crucial for healthy snowpack to continue to accumulate.

According to the United States Department of Agriculture, “California continues to be pounded by storms with heavy rain and mountain snow. Over the last two weeks precipitation totals topped 10 inches in much of the Sierra Nevada as snow, and over 15 inches in some areas along the coastal mountains.”

The C.W. “Bill” Jones Pumping Plant pumped at about 25% of capacity during November to comply with 2008 Delta smelt Biological Opinion fall X2 requirement – which regulates the level and location of salinity in the Bay-Delta. CVP exports have increased since November, and recently increased to the maximum capacity that can be conveyed by the Delta Mendota Canal.

The Harvey O. Banks Pumping Plant pumping was about twice the CVP rate during November with about 50 thousand acre-feet (TAF) of Banks’ pumping provided to the CVP as pay back in accordance with the Coordinated Operation Agreement accounting. Banks pumping is now at permitted capacity as Delta inflow has nearly doubled since the first of the month.

Water levels in reservoirs servicing the CVP are an important indicator of current water resources potentially available for delivery through the system. Currently, Shasta is at 73% of its capacity and 118% of its historical average. The storage capacity of Shasta reservoir is presently limited to about 3.3 million acre-feet per flood control requirements. The amount of water flowing into the reservoir increased slightly early December, after recent storms.

With the rain and snow that fell at the end of November and so far in December, as well as reservoir levels tracking at or above average, the allocation outlook has improved; however, it is critical for the rain and snow to continue to accumulate in the Sierra in order to receive a robust, adequate and timely allocation for South-of-Delta CVP contractors come February 2020.

To learn more about how allocation is determined, and water supply is distributed, watch our “Let’s Talk About Our Water Supply” featuring Westlands Water District COO Jose Gutierrez.

Don Peracchi Steps Down as President of Westlands Water District

On December 17, 2019, Don Peracchi announced he would step down as President of Westlands Water District, effective December 31, 2019. Following his announcement, the District’s Board of Directors voted unanimously to elect Director Daniel Errotabere as President of the District.

Westlands Water District, serving as the Groundwater Sustainability Agency for the Westside Subbasin held a hearing on December 18, 2019, at which District staff presented to the Board of Directors and the public the draft Groundwater Sustainability Plan (GSP).  The draft GSP, with the suggested revisions, has been posted on the District’s website.

The Board of Directors did not consider adoption of the GSP at the hearing but decided to hold another a special meeting and hearing which has been scheduled for January 8, 2020 at 1:00 p.m., at the Fresno Office, 3130 N. Fresno St. Fresno, CA 93703. During the public hearing, District staff will present the draft GSP, with any additional edits staff might propose, and the public will have another opportunity to provide comment.  The Board of Directors will consider adopting the GSP during the special meeting.

Statement in response to the U.S. Bureau of Reclamation’s proposed conversion of the Westlands Water District water service contract to a repayment contract 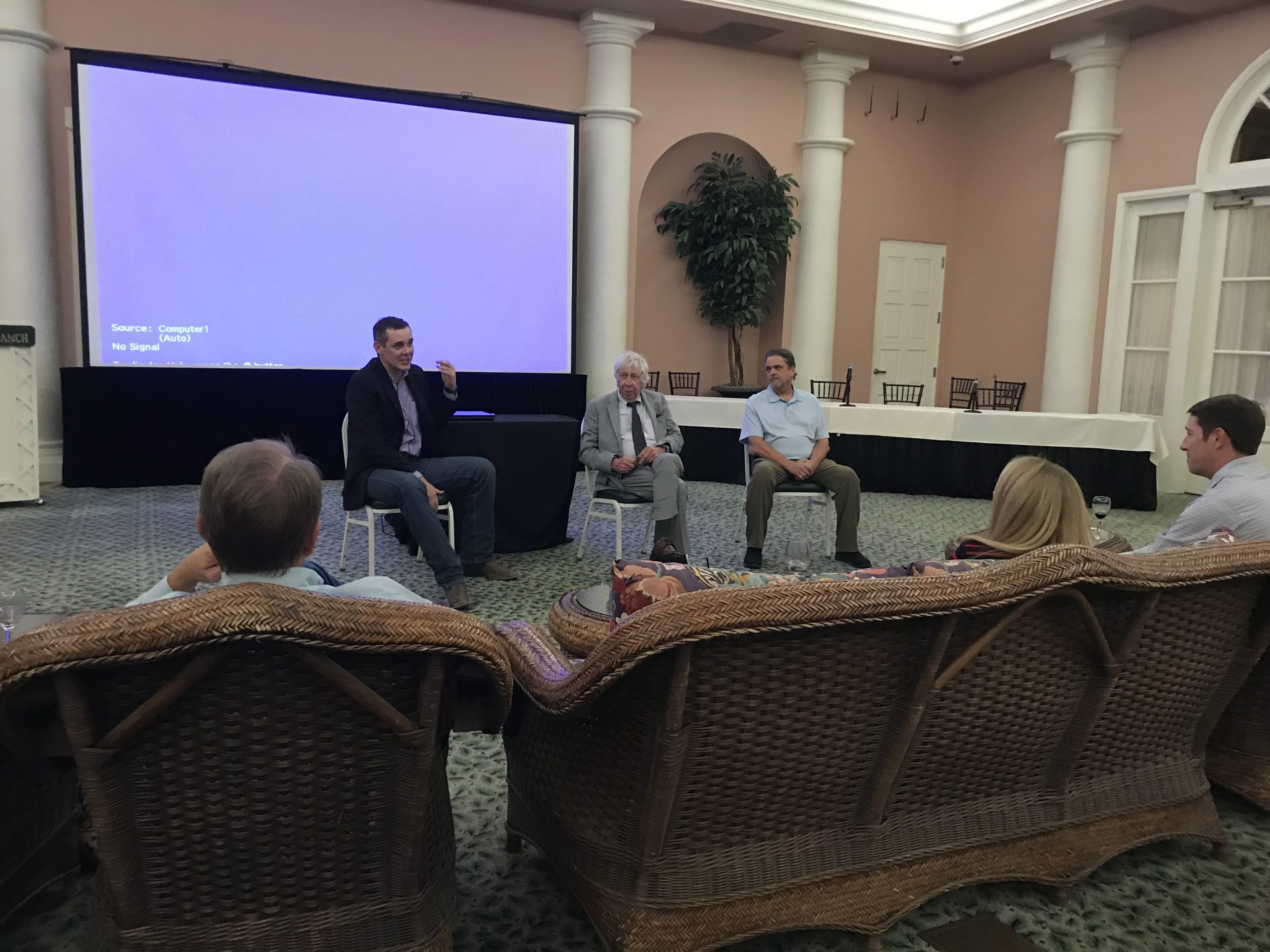 Beyond the Brink: California Watershed Screening and Panel Discussion

On November 5 at Harris Ranch in Coalinga, Westlands Water District held a screening of Beyond the Brink: California Watershed. Following the screening, a panel composed of Ryan Jacobsen CEO and President of the Fresno County Farm Bureau, former Congressman Richard Pombo, and Director Jim Thebau engaged the audience in an insightful and thought-provoking conversation about the future of California's most precious resource and the importance of collaboration among water users throughout the state. Westlands is grateful to Harris Ranch for hosting the screening, each of the panelists for offering their time and insight, and to everyone that joined us in the audience. 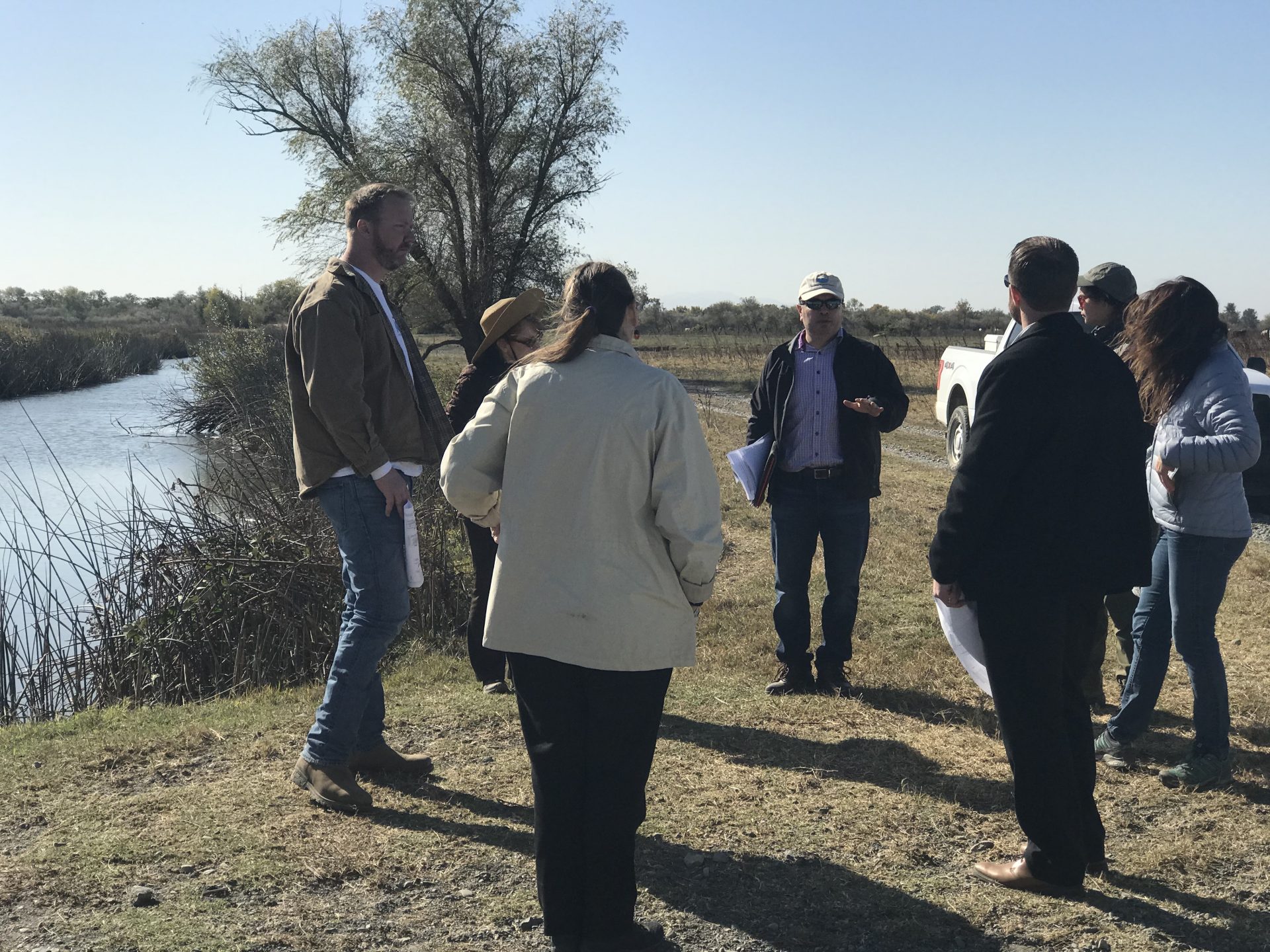 On October 31, 2019 Westlands staff and members of the State Water Resources Control Board toured the site of the Lower Yolo Restoration Project (Project), which upon completion will be the largest tidal restoration project in the northern Sacramento-San Joaquin Delta.  The Project will help the California Department of Water Resources (DWR) and the U.S. Bureau of Reclamation meet requirements imposed by existing biological opinions to restore 8,000 acres of wetland habitat in the Delta.

Article Source - High Plains Journal: At the November meeting of Metropolitan Water District’s Water Planning and Stewardship Committee, Paul Souza, Regional Director of the Pacific Southwest division of the US Fish and Wildlife Service, gave a presentation on the recently released biological opinions for the long-term operations of the Central Valley Project and the State Water Project.